MGM CASINO Feels That Trump Is A Threat To U.S.A. Tourism, Casino Sectors? 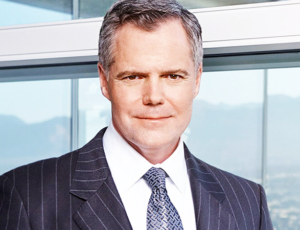 MGM Casino and Resorts’ Jim Murren has expressed his displeasure over the Trump administration especially on the question of introducing strict travel measures that are likely to hinder the tourism sector.

With barely six months in office, President Trump who throughout his campaign was speaking tight against foreigners who have taken ‘root’ in the U.S.A. thus robbing off residents job opportunities made his promise clear when he took office.

It is now evident that citizens from specific countries in the world are not welcome in America. This situation is the part which angers CEO Murren, the longtime Republican who during the 2016 presidential campaign sided with Democrat candidate Hillary Clinton.

Murren decided to go with Hillary who later lost to Donald even after the MGM Resorts’ CEO had worked with the one-time casino investor Donald Trump.

Murren is concerned about the Trump administration about tourism industry because as it is, without visitors traveling to the U.S. with their spending insides a casino, MGM Resorts will not maintain its position as the second gaming operator with the largest amount of revenue in the whole country.

The CEO did not start to oppose Trump’s travel ban threats yesterday. It was because of Trump’s firm stance on issues to do with immigration and introducing travel bans to Muslim countries many of which are in the Middle East that made Murren change his support for the presidential candidate.

Hardly did Murren know that his problems with Trump could not end in December 2016. Now that he is president, there is hardly any much left for Murren who continues to oppose sections of the President’s policies about immigration and travel bans.

Murren, who was speaking during the hospitality conference that was held at NYU said that the president’s move to ban visitors from entering the U.S. from Libya, Yemen, Syria, Sudan, Somalia, and Iran. These countries have large Muslim populations is the failure to the country’s tourism sector, which will have a profound impact on the casino industry.

The legality of Trump’s travel ban on the 6 Middle East countries is a matter in the U.S. Supreme Court.

The CEO told CNN that no one could deny that tourism is one of the strongest arms of U.S.’ economy. Murren further stated that Trump is very much aware that the economy of a country like the U.S. is primarily based on the number of visitors coming in.

“The tourism and travel industry is one of the biggest economy boosters in our nation, and the president is aware of that. In fact, 1 out of 9 jobs across the U.S., comes directly from the tourism and travel sectors through the online casino and hospitality industries,” Murren said.

He noted that although MGM Resorts’ properties have not been touched at the moment, there is a likelihood that if the President’s tough proposals go through, it will create an enormous negative impact on the casino sector.

Article Name
MGM CASINO Feels That Trump Is A Threat To U.S.A. Tourism, Casino Sectors?
Description
MGM Casino and Resorts’ Jim Murren has expressed his displeasure over the Trump administration especially on the question of introducing strict travel measures that are likely to hinder the tourism
Author
Jack Gold
Publisher Name
Casino Fetch 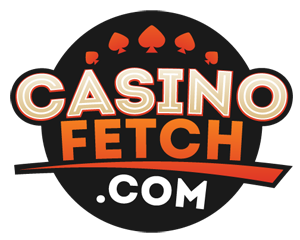